Due to weekday, I saw many old couples and Asian tourists. 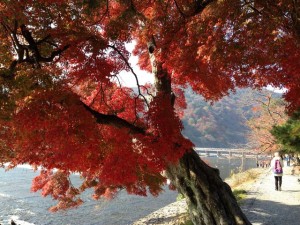 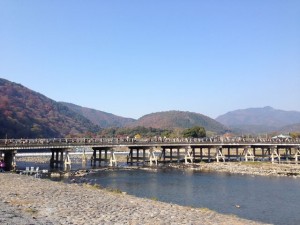 This river was flood on autumn in 2013, because of typhoon.

2 months after, appearance was completely restored. It was great.
（I just watched the situation of flood on TV, at Zamami island.） 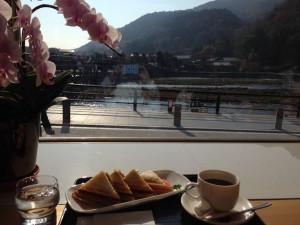 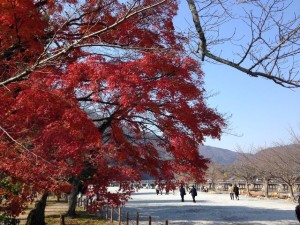 I took breakfast at the tea shop where I could see Togetsukyo Bridge. 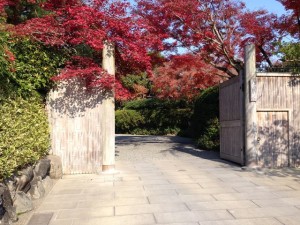 The poster at the front of Hozo-in was too beautiful,
I entered here.
Here was the best or 2nd cleanest temple of this autumn. 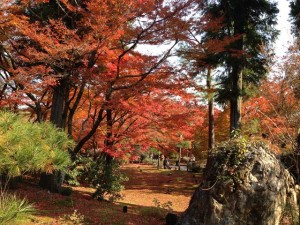 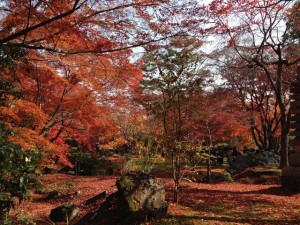 The autumn and perpetual memorial tower were great. 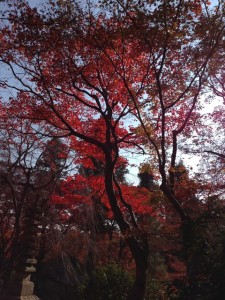 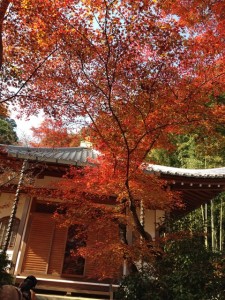 An brook, moss, and autumn were the very pictures. 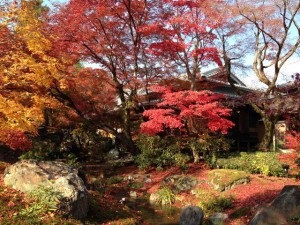 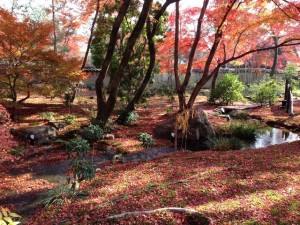 Next, I went to Tenryuji Temple.
The autumn had mostly finished.
And I think the season of cherry blossoms, here may be splendid. 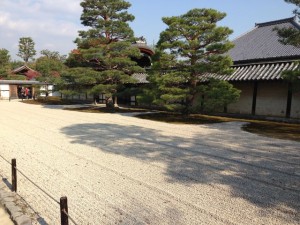 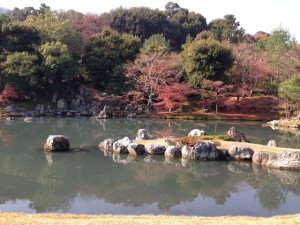 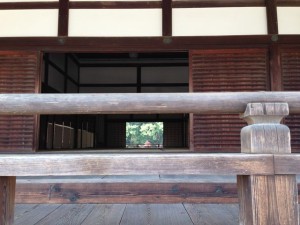 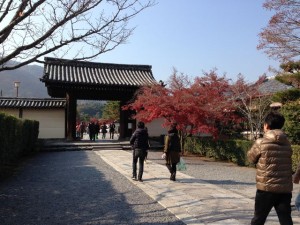 Tracking of the road of bamboo grove, I went to café. 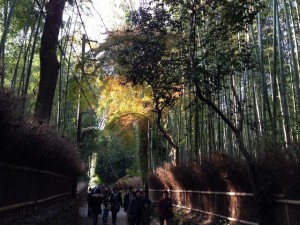 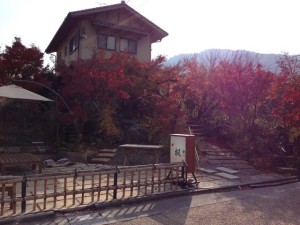 Seeing ground of autumn, I ate Matcha’s parfait. It was bitter and tasty—. (^―^) smile 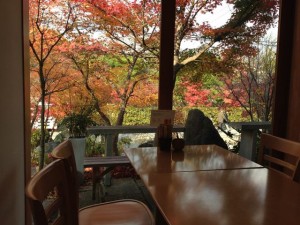 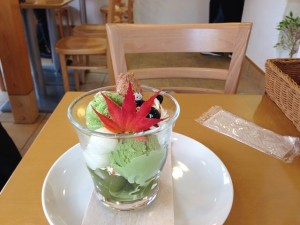 After that, I went to Jyojyakukou Temple…. Here, the view from Mt. Ogura was beautiful. 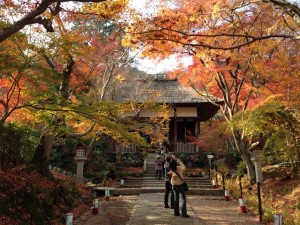 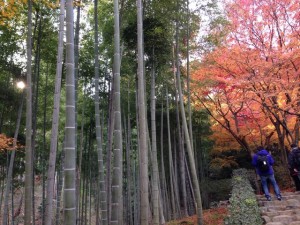 When wind blew, leaves fell.
This scenery was speechless. 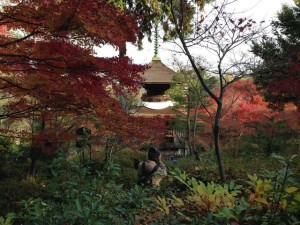 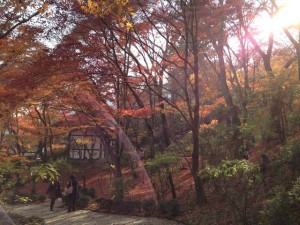 Then, I went to Nison-in, where was designated the poster of promotion of sightseeing Kyoto some years ago. 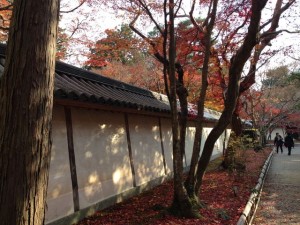 Here, garden and steps to upland were also fantastic. 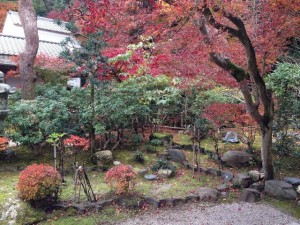 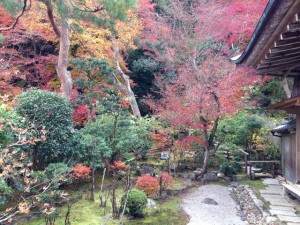 I had some times to sightseeing,
and went to Giouji Templeat the end. 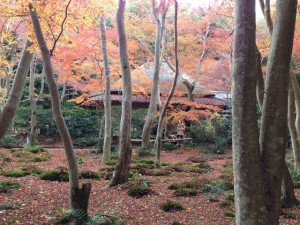 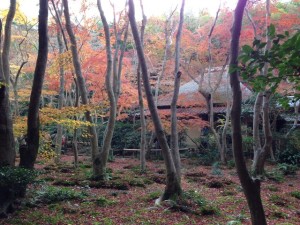 Here was famous for beautifulness of moss, but then moss was covered with fallen leaves.
However, it was also beautiful.

Finally, I ate Udon of Kujo-negi and duck. 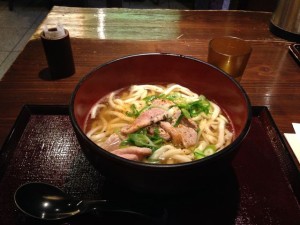 As desserts, I ate rolled Matcha cakes and coffee. 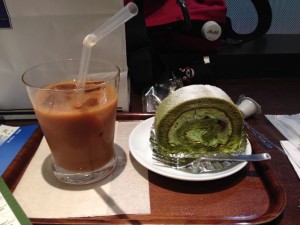