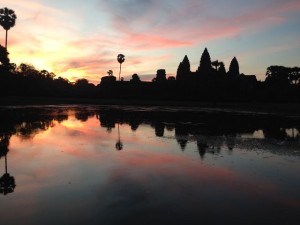 The people who belong to community of tourists in Angkor Wat, Cambodia,
do something and be impressed surely.

The thing is…
★Watching sunrise at Angkor Wat !!

I thought watching that may be once-in-a-lifetime, so made order to front desk of the hotel, and chartered tuku-tuku half a day.
The date was May 16th, 4：30 AM, when was the day I left Siem Reap. 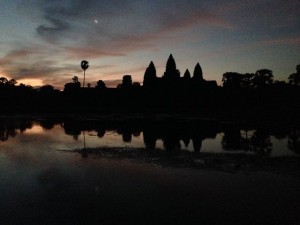 Still the moon was in the sky.

5:30 AM: The sun rose by degrees, and Angkor Wat also turned red. 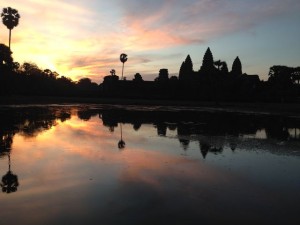 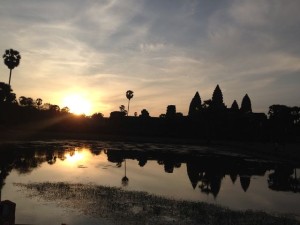 There were many people watching sunrise. 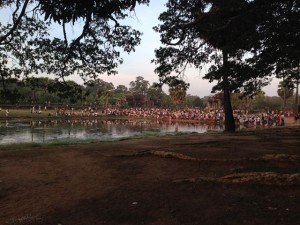 They filled around the pond. 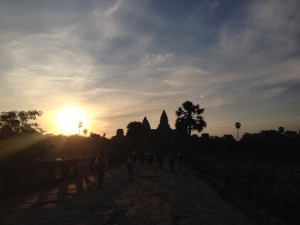 After sunrise, they dismissed.

6：00 AM
I went to back of the forest using tuku-tuku without going back to hotel.

It took 10 minutes from Angkor Wat. 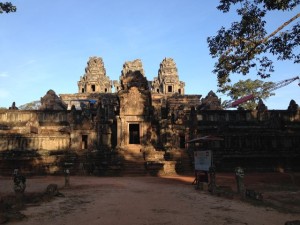 ★Ta Keo
I think here is not a major place and usual tour does not go here. 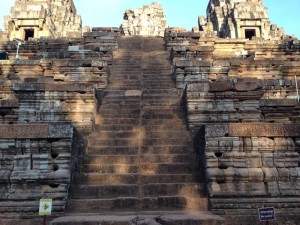 There are stone stairs, moreover, there is no rails! 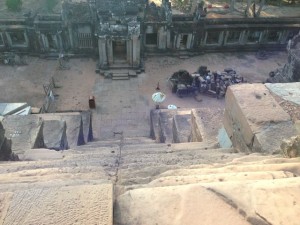 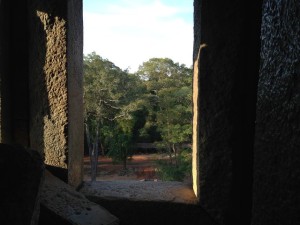 Because of early morning, there were two persons, me and a German tourist.
When we ascended, a local person came and began to explain kindly.

He said to take some pictures of us.

Although I also listened kindly at first, language was English and I could not understand and took some pictures on my own.
Then, he became kind to only a German tourist and I left behind.

I thought that I had to pay some chips later, and left forwardly.
After that, I did sightseeing by myself. 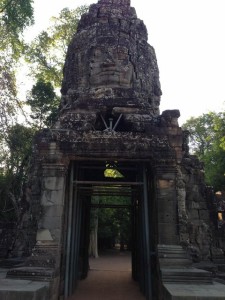 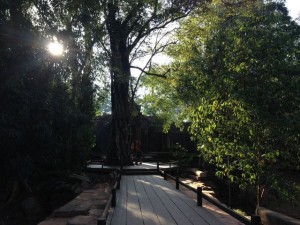 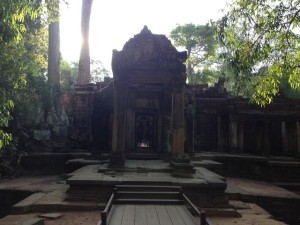 Here is filled by people normally, but few people were here then because of early morning.
So, I could do sightseeing in a relaxed way…. 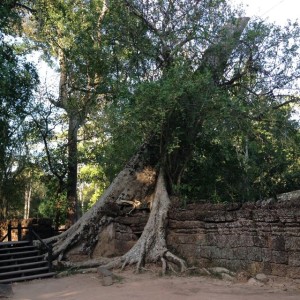 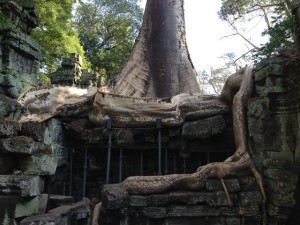 Here is exposed to active erosion of banyan trees and be preserved primary forms, which here was discovered.

In here, a local person also began to explain kindly and do sightseeing together.

Then I said firmly “Guides, no thank you.” 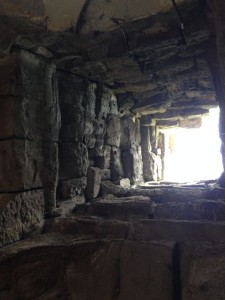 When I beat my chest, the sound echoed. 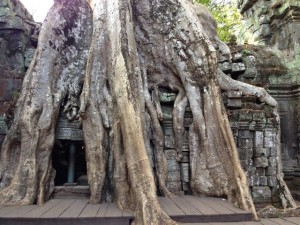 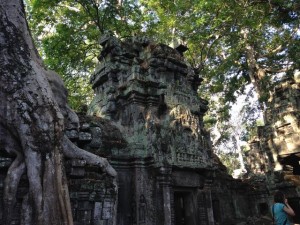 Here is famous where shot the movie “Tomb Raider” 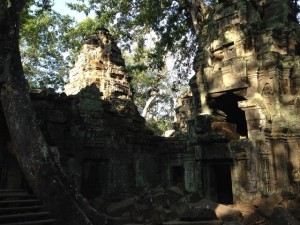 Compering to Angkor Thom, here was different because I saw roots of huge trees entwine ruins.
It was a sight to see and mysterious place.

And I went to last place of this sightseeing.

★To Banteay Kdei
I watched ruins walking in the forest.

When I did sightseeing between each ruins, I overwhelmed huge ruins made of stones.
But now, watching photographs with guidebooks,
I feel that mysterious atmosphere…

Next is sightseeing of Tonle Sap
I felt something was wrong in here.

・next→  Cambodia：the landscape I saw in Tonle Sap (May 14th)