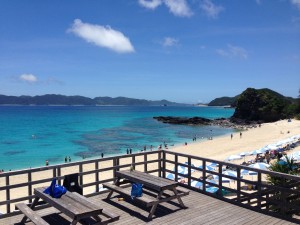 This time, a solitary trip… in Japan

This is an episode on my favorite ocean in Kerama and Zamami!

The reason I am attracted to the ocean is because of the trip I went on when I was 20 years old to Yoron Island in Okinawa.
I was born and bred in a country town in Nagano and had never seen the ocean until I was in 6th grade when we went on a school field trip.

Since then, I’ve always admired the ocean and when I was 20 years old,
I was moved by the ocean, the coral reefs and fish of Yoron Island.
30 years onwards, I am still looking for a place in the ocean where I can snorkel from the beach and where the corals are still alive.

This took me to Zamami Island of the Kerama Islands.

1 hour by a high-speed craft from Okinawa took me to the ocean from another world. 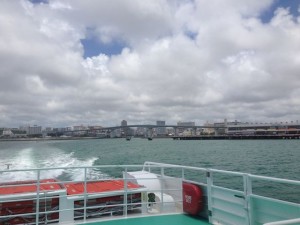 Destination to Zamami Island, but stops over at Aka Island. 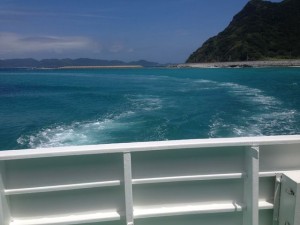 Around Aka Island, the color of the ocean changes.

I remember when I and my son were on the ferry on our way to Zamami for the first time,
he was in a situation where if he took another day off school in his senior year, he wouldn’t be able to graduate from high school, 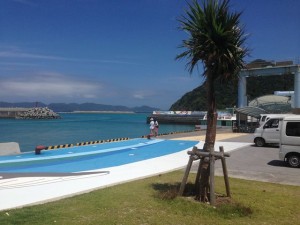 The Kerama Islands were designated as a National Park in March 2014. 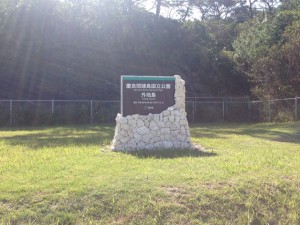 I had some time so I rented a bicycle.

I got off whenever I felt like it and walked around.

This freedom is the best part about traveling alone… 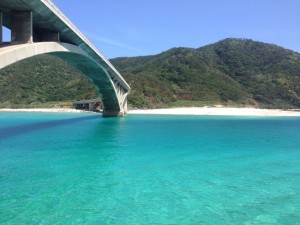 I’m moved by the wonderful scenery every time!

Compared to the tropical oceans overseas, I think Kerama places 1st or 2nd in its beauty.

The clarity of the water is really wonderful! 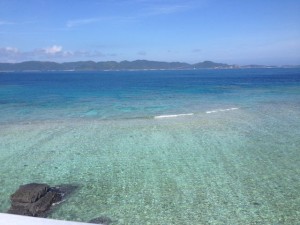 I was told that the typhoon that was here a few days ago made a major impact and damaged half of the embankment.

The sides of the passageway along the coast were gouged by the waves.
It was, indeed, quite a large typhoon.

This is a place where you can snorkel from the beach entry and have lots of fun doing so!

The corals and fish are amazing!

There is a beach guard on duty during the summer so it’s safe to swim even if you’re by yourself. 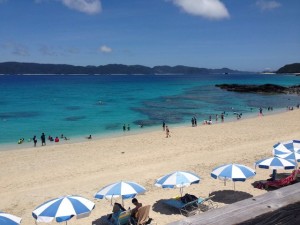 Furuzamami Beach is always beautiful and the sky is blue

Mango smoothie (not as delicious as in Thailand, but still good) 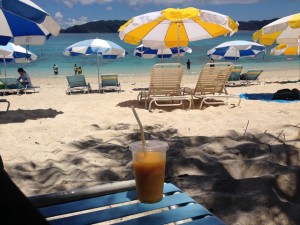 Scenery of Zamami alley
I love this feeling of “island”… and sense of locality(#^.^#) 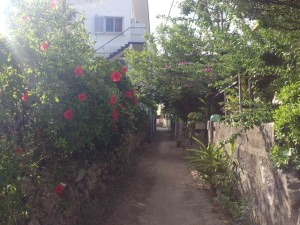 I always treat myself to sweets after diving.
I can’t get over the satisfying feeling of doing this. 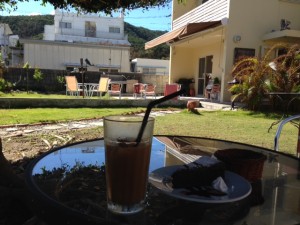 Having a cake and drink set in the garden of Pension Cha-Villa, where I always stay. 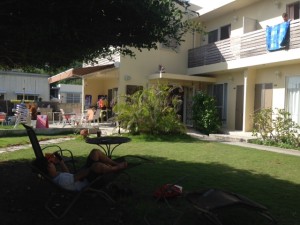 I love relaxing on the lawn in this garden.
(I went back in September with my son)

Watching the sunset at Unajinosachi Observatory 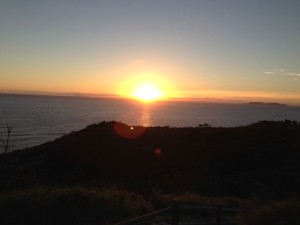 I started to go overseas by myself but it all started from here.

From this ocean to the oceans of the world…

Next up will be about the even more wonderful world under the ocean.

・back← Safari Park in Kho Samui, Thailand in March (The final episode)